Jennaro Scott is a 6’3’ 260 pound defensive end for Destrehan High School, from Destrehan, Louisiana and is part of the 2021 class. He is a versatile lineman, able to lineup on the inside and outside and seems to specialize in run stopping. Jennaro is able to get leverage and quickly release to engage in tackles, which usually result in little to no gain by opposing offenses. Although he has to ability to pass rush, he reminds me of more of a Michael Bennet, a hybrid defensive end that is able to play his role at the highest level. Jenarro has very solid size as well as mental and physical attributes that would make him a solid piece to build up your line.

How long have you been playing football?

I have been playing since I was five years old.

What do you think is one of your biggest accomplishments since you’ve started playing?

I would have to say making it to the Superdome as a junior.

How was last season for you personally?

It showed me how to humble myself. Our season last year didn’t start off very good, but we came together as a team and we were able to pull together, and that taught me how to be a humble player.

What kind of expectations do you have for the rest of this year?

Simply go all the way. We made it to the dome already, but this time I want to make it there and win it all.

Are there any personal stats you are trying to chase?

I would like to be nominated as an all-state player.

Is there any player that you have tried to emulate your game after?

I think Kenny Clark from the Packers, he is a very good run defender and I feel that run defense is my biggest strength.

Do you prefer playing against the run or pass more?

If I had to choose, I prefer playing the run. I am a defensive end, so I play both pretty often, but the run game is my strength and that is what I prefer.

What is something you think you could improve the most about your game?

100 percent my speed. I am not the slowest player out there, but I definitely feel that I could be more dominant if I was faster.

What do you like to do in your free time?

I would say hunting and fishing, I’m a country boy.

Do you or have you ever played any other sports?

I used to play basketball, but I quit and focused on football by the time I got to high school.

How has this season started off?

Our first game was a little bit of a hiccup, but by the second game we were able to get it together and I honestly think we can win out.

How hard was it staying in shape during the offseason, considering the pandemic?

It was hard, I was not able to really get into any gyms or train with the team. So, I started training with my dad until we were able to come back together as a team.

What do you love the most about playing football?

I love how intense and physical the game is.

How do you get prepared for a game?

I try to lock in by myself at least an hour before the game by listening to music and just thinking. When kickoff comes, I’m ready.

I’m a hard worker on and off of the field; as far as my teammates go, they would probably describe me as fun to be around. They know I have their backs and they also know they can have fun when I’m around.

What is your biggest motivation to keep playing football?

It would be my parents. They give me unlimited support and I want to make them proud. 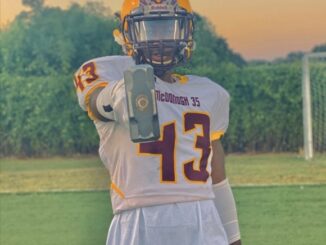 Diamond In The Rough: Tariq Jones 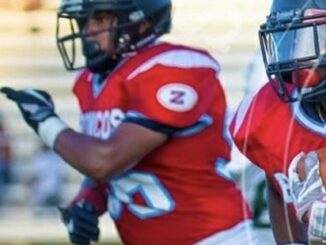 Diamond In The Rough: Trey White 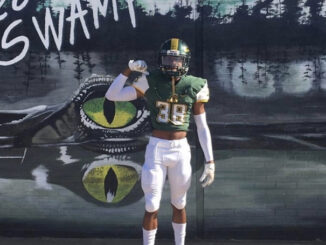 Diamond In The Rough: Xa’Vion Mandigo